Congratulations on ending another season! If you're ready for your break don't worry, now is the time to fatten up a little and have some fun without losing too much fitness.

About ten years ago (when I was 15 ahem, give or take 9 years) I could finish the season and eat whatever I wanted and still barely put on a lb of weight. And even if I did throw on another layer it would be gone and I'd be back to my ripped looking 8 pack of stomach muscle (slight exageration) in just a few weeks of training.

However, this might be directed to the older folks out there, but these days if I put on 10lbs - it stays there for months! You have to give yourself some recovery time whilst not getting too slack, as you might feel as though you'll never get your fitness back again. You can though...don't worry, but you must stay somewhat balanced througout the off-season! 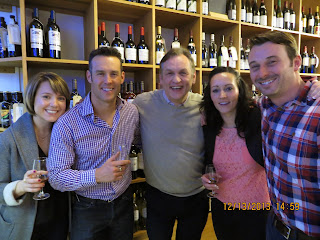 Here are a few of my easy to read tips without any scientific jargon to enjoy the off season you deserve but still keep your body ready and prepared to kick off a great start to the next.

Numero Uno: My number one tip for staying in shape during this little off season period is get rid of the structure and to enjoy the training. I find a break is just as much mentally needed as it is physically.
If you don't want to ride then don't, maybe go for a run instead. If you want to ride two hours easy spin at 50%, 60%, 70%, 80% or even 100% of your FTP then do it, take the next day off if you feel like it...who cares? If you want to ride for an easy hr to the coffee shop on your mountain bike and grab lunch then do it. Don't drive there, ride there and take in the surroundings as you ride as fast or as slow as you want. As long as you stay active, have fun with whatever you want to do then you'll love the training again.

In actual fact the off season is a great time to play around with your short threshold and VO2 max sessions if you want to as there's no real distance requirements or pressure to hit goals like there is in the build up or during the 'on season'. Sometimes I'll set out for an easy hr run, but end up hammering it home...just because I want to. And if I feel wasted because if it then I won't go swimming midday, I'll have lunch with my lady instead. I'm the boss of me during this period. (Despite what my girlfriend thinks). This approach can also help to keep that motivation going. I love going way too hard and not holding back sometimes like I have to in the race season...it's fun!

You do still need to be mindful of your goals however. For example, if you're an injury prone runner and you need two months easy to build up to decent form or mileage and you plan to race in April, then it's not a great idea to have the whole of December off without a single run as you won't be ready to 'train' specifically until Feb-March and you've left no time for any unforseen problems that might crop up along the way. Hence that April race is not gonna happen. Personally, I run every other day througout my break, I never totally stop or I know problems are gonna come knocking on my door when I start back.
The important thing here is the balance thing I mentioned earlier. Have fun, but make sure you're still mindful of what's going on. Pretend to 'not care' when secretly you still do - like a girlfriend secretly watching her man talking to another women...yes you know what I'm talking about. (Never the other way around of course).

Numero Deux: Do not worry about throwing on a few unwanted poundage! If you put on a little weight it's not a bad thing. In fact most coaches encourage this. You can put on a few lbs and still gain some training adaptations so don't feel as though you've lost it all, you haven't. Putting on some extra weight does have some positive attributes and it's a great time to get strong and smash out some gym work.

Some athletes however, especially cyclists try to use the last few weeks of their time off to actually start to lose weight and prepare. If you've put on some lbs try to curb your slack approach to your diet and cut out the McDonalds before you actually start training properly again. Sure, training can reduce weight, but the most sure fire way to get lean is to consume less calories than what your burning. This can really affect and hinder your performance during heavy training, so the last phase of the off-season is a perfect time to do it when the physical demands on the body are still pretty low. If you're calorie savvy then I'd recommend a calorie deficit of about 400 calories a day. Not too much, but enough to make a difference without feeling like crap.

Numero Trios: Sort your life out! I love the off-season as this is the time I do everything that I have been wanting to do during the on-season and couldn't. It's also a time that my girlfriend has been waiting for, which isn't always good...("remember when you said you'd do this?"). This is the period now where I am actually "good at life". I write a mental list of things in the season that I'm going to do in the off. Such as watch movies, go to bed late, watch football on Sunday with a six pack, eat chicken wings, lie in bed and drink coffee and toast until 10AM and to actually be a good boyfriend (for 4 weeks, then it's back to being all about me).
On my girlfriends list however it's time for me to clear out the garage, paint that cabinet, lay the wooden floors, clean the windows...go dancing, be romantic, fix the dishwasher and paint the bedrooms! But this is when I finally have the energy to play with life and go on a weekend trip to the mountains...even if I do have a 10 AM swim first, I finally have the tenacity to do it all!

Numero Quatre: Focus on enjoying and learning to love the discipline that worries you most. If you know throughout the season that you weren't making that front pack or you weren't swimming as well as you wanted, then the off-season is a perfect time to keep training on that discipline without any stress. You can concentrate on drills, focus on technique, build up the mileage if you need to. You can do all this knowing that you have so much time to play around and figure things out. You probably have at least 3 months before you race again to work on whatever area you need to improve on so when the season starts you can approach this discipline with a fresh mind and a new confidence. Swim, swim and then swim some more. Even if it's just 20 mins to relax and enjoy yourself, at least you're gaining something positive from the experience...it could be that you're finally enjoying the water without being swam over ten times in the session or being overtaken by the fast 'know it all arsehole' in the lane next to you. Chill out and swim. Take the same approach to running and cycling. Sometimes I'll start out for an easy hr run and either end up smashing it out on the way home, or stopping for a bit a walk. Either way I'm out there enjoying life whilst still staying active!

Numero Cinq: Don't do an early Jan run, cycle race! Even though it is temping to get started early and race. You've had fun and a great rest but don't get too excited to get back to the grind. It might feel good to race in Jan but come later on in the year this could have a negative effect whether it be early injury or mental burn out come June. Don't forget if you're racing Kona...that race isn't until October! You definitely don't want to feel as though you mentally need a holiday after just a few short months of the season. And don't justify the early race by depending on the mid season break. The idea of the mid-season break is to recharge the batteries and prepare for the second half of the season, to reinvigorate yourself not to get sloppy, lose fitness and get fat again.

Ok so there's just a few of my main tips I like to think about during this time of year. remember, this is a guilt free time period and it only comes round once a year. Even the hardcore athletes that sulk and cry about having an off-season appreciate it more once they rest and see the benefits of it during the race season. Oh, and before the season starts, treat yourself to "something nice" for your first race like a new tr-suit, new running flats or if you're rich - some new race wheels! It feels great to start off the new season with something exciting to boost your excitment for the coming year!